The sixth series of ReadingRoom was running from October 2019 to January 2020. We had to stop the series due to the Covid-19 outbreak. The series title was It is time… continuing and connecting to our fifth series.

The fifth series Reading Rosa, Pink & Other Colors had looked critically at capitalism–patriarchy–colonialism (CPC) as the systemic weave shaping our current world-habitat. Our sixth series It is Time… took up the thread of this troubling complexity rather than simply move elsewhere, to a new question or a different topic. But what does it mean to take up a thread? It means not just to continue with the same, but to continue and spin further, to involve another string. This image of working is inspired by the words of Bauhaus fabric artist Anni Albers, who writes in her book On Weaving (1965) that in weaving, as in study and thought, it is “possible to go from any place to any other, so also, starting from a defined and specialized field, can one arrive at a realization of ever-extending relationships” (xi).

ReadingRoom’s sixth series held on to a focus on CPC as the fabric of our present, but also wanted to interweave another string. CPC is not “simply” a global capitalist-patriarchal-colonial formation, but also lives off human exceptionalism and ecological devastation that affect “us” all, different humans and non-humans alike, yet in foundationally asymmetrical ways. It is Time…considered how we can thread a critique of the on-going environmental destruction into our critical understanding of CPC. It is Time… to re-imagine futurity (or temporality itself), to invent new languages to speak different ecologies of living. It is Time… The series was interrupted in March due to Covid-19.

This ReadingRoom series was in resonance with Casco’s exhibition Het is of de stenen spreken (silence is a commons) (14 Sept – 3 Nov 2019).

In our first session, we considered how the on-going environmental destruction is part and parcel of CPC, the systemic weave of capitalism–patriarchy–colonialism we studied last year. It is Time… intended to combine thinking about extinction and what ending something can mean, so this first session explored resonating conversations on water, sex/erotics, ongoingness and fugitivity.
We had dr. Eva Hayward (University of Arizona and Terra Critica researcher in residence 2019) as our guest and discussed these texts:

Desertion means to be disloyal and to abandon. Can we desert institutions of oppression, the constraints and expectations that dis/en/able us all, the futures we loathe? And can it also mean to join anew and train together how we might relate in unforeseen ways, within (para)institutions, struggling for futures we desire? In this training session, we were asking about the dynamics of refusal and refuge, a dynamic in which moves of desertion, but also moves of solidarity and alliance are caught up. What forms of politics must we invent to form coalitions among us, as diverse people of the earth, human and non-human? Is recognition the primary tool or must we devise other methods and desires to heal the wounds of war, whiteness and patriarchy? During the training session, we thought together about the text and also tried training modes of relating to those present and absent during the session. One main aim was to take account of the processes of refusal and refraining, of in/exclusion that have concretely also contributed to making our training session possible.

The session was based on a joint reading:

During our second regular session of ReadingRoom, we explored further the temporalities of climate change and its uneven and global effects. We welcomed dr. Anirban Das (Centre for Studies in Social Sciences, Kolkata) as our guest and discussed these readings:

It was Time… to read some fiction again and we returned in this session to a writer we had already engaged with in the first series of ReadingRoom: Octavia Butler. This time, we read Butler’s novel Parable of the Sower (1993), the dystopian sci-fi novel  set in the decade we entered in January: the 2020s. The novel speaks eerily well to the concerns of ReadingRoom with CPC, as a capitalist-patriarchal-colonial formation that also entails ecological devastation. The novel is set in California, when society has largely collapsed as a result of climate change and stark economic inequality. The main protagonist, Lauren Olamina, possesses what Butler calls “hyperempathy” or “sharing” – the ability to feel the pain and other sensations she witnesses in humans and non-humans alike. When forced to leave the remnants of a gated community close to Los Angeles, Lauren begins to travel north with a few other survivors. They come to develop a new belief system called “Earthseed,” whose teachings center on change and is given form in the short poetic pieces that head the novel’s chapters. Although Lauren believes it is humankind’s destiny to leave Earth and inhabit other planets, they are beginning this project by founding a first Earthseed community in Northern California.

In our forth session, we had wanted to read together Isabelle Stengers’ In Catastrophic Times. Resisting the Coming Barbarism (2015, Open Humanities Press/meson press). Stengers’ analysis of the times is as sharply speaking to us today as it was speaking to its readers in 2009 (its French publication) as it was to readers in 2015. If anything, the futurity of such a “coming” may feel less ahead of us in 2020; it may feel more present to us, around and with us. This makes it only more pressing to see how resisting the barbarism of the capitalist-patriarchal-colonial formation-cum-ecological-devastation we have dubbed CPC can be possible. The book – as Stengers writes at the opening – “was addressed and is still addressed to everyone who is struggling and experimenting today, to everyone who is a true contemporary of what I have dared to call ’the intrusion of Gaia,’ this ’nature’ that has left behind its traditional role and now has the power to question us all” (12). What might it mean to “think, invent, and act, to allow us to repopulate our devastated history” (114)? 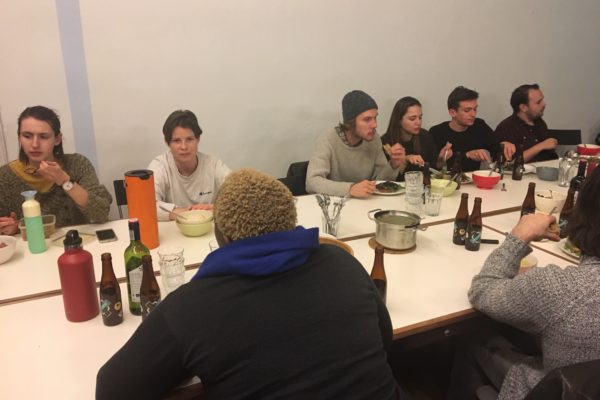 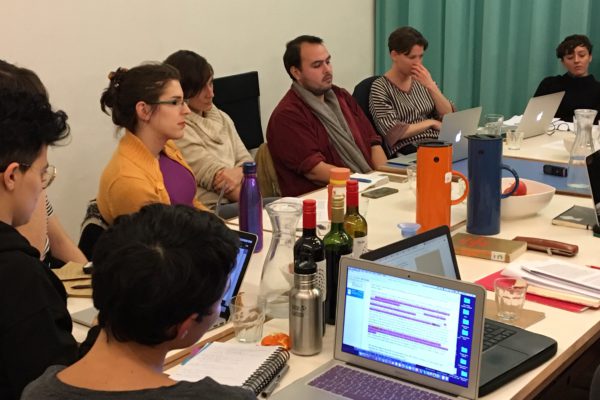 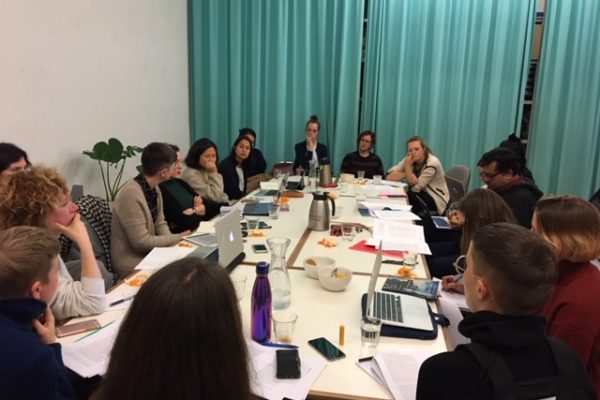