The second series of ReadingRoom was running from September 2015 to February 2016, discussing relationality – envisioning new wor(l)dings. Relationality is one of the fundamental conditions of critical assessments and interventions today and has been very productively theorized in Caribbean thought and poetics. We engaged mainly with Fanon, Glissant and Wynter.

The series started with a two-day workshop entitled To Believe in the World: On Relationality and Aesthetics, held in cooperation with the Department of Media and Culture Studies, Heinrich-Heine University, Düsseldorf. Readings included texts by Gilles Deleuze, Donna Haraway, Michael Hardt, Tim Ingold and Antonio Negri.

This gathering featured excerpts from Poetics of Relation (1990) by Édouard Glissant, a Martiniquan poet, cultural theorist, and key thinker on relation in view of the postcolonial contemporary, passages from Odile Ferly’s A Poetics of Relation: Caribbean Women Writing at the Millennium (2012), and a documentary film on Glissant, One World in Relation (2010) by Manthia Diawara. Odile Ferly, teacher of Caribbean literature and culture from a comparative perspective at Clark University, Massachusetts joined as discussant.

We read a selection of texts by Frantz Fanon, focussing on “Racism and Culture” from his Toward the African Revolution and Black Skin, White Masks.

This meeting engaged with texts by Jamaican writer and cultural theorist Sylvia Wynter, one of the prominent voices from the Caribbean on the legacy of colonialism, representations of humanness and relationality. We were reading her essay “Unsettling the Coloniality of Being/Power/Truth/Freedom: Towards the Human, After Man, its Overrepresentation – an Argument” (2003) and parts of her interview with David Scott “The Re-Enchantment of Humanism: An Interview with Sylvia Wynter” (2000). Artist Alex Martinis Roe joined us for this session.

ReadingRoom continued to engage with the work of Jamaican writer and cultural theorist Sylvia Wynter. Denise Ferreira da Silva, Associate Professor in the Institute for Gender, Race, Sexuality and Social Justice at the University of British Columbia and visual artist Wendelien van Oldenborgh joined us for that session. We read Sylvia Wynter and Katherine McKittrick’s “Unparalleled Catastrophe For Our Species? Or, to Give Humanness a Different Future: Conversations” (2015) and Denise Ferreira da Silva’s “Toward a Black Feminist Poethics. The Quest(ion) of Blackness Toward the End of the World.” After our reading session, we also screened Wendelien van Oldenborgh’s experimental film production From Left to Night (2015).

In addition to this ReadingRoom session, Denise Ferreira da Silva also gave a Doing Gender Lecture on Tuesday, 16 Feb 2016, 11:00-13:00 hrs @ Utrecht University on Hacking the Subject: Black Feminism, Refusal and the Limits of Critique. The lecture was organized in cooperation with NOG and Hacking Habitat. 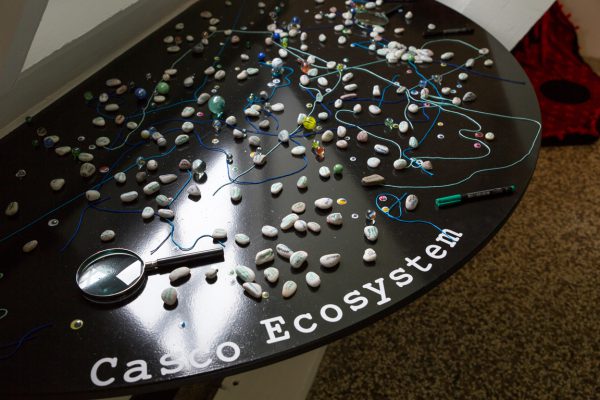 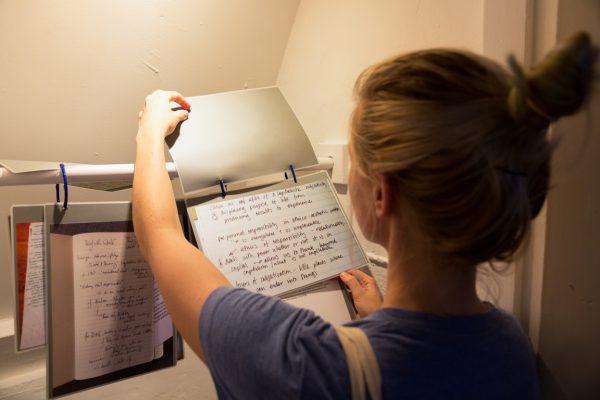 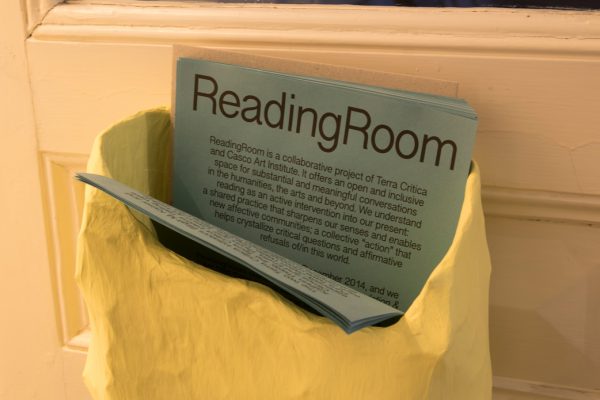 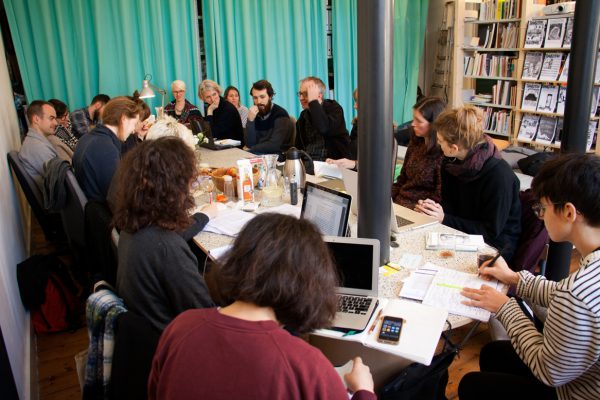 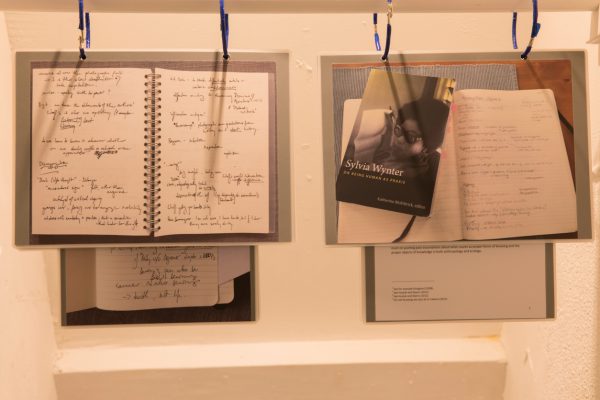