Un/learning: the p/re/distribution of knowledge

Un/learning: the p/re/distribution of knowledge

In our first meeting, we discussed un/learning from artistic, decolonizing and feminist angles. In our other meetings, we take ‘phenomena’ – ‘mountains’ (March), ‘waste’ (May) and ‘time’ (June) as topics per session – to un/learn them from different perspectives and for commoning in the anthropocene. Can we un/learn our relations with these phenomena? Tell other stories, relate otherwise?

We started by asking: What does it mean to un/read and un/learn in the present, to not only sense what has remained in the underground, but also un-read old ways of meaning-mattering? We read “Critique as Unlearning” by Sreshta Rit Premnath (2016), “An Interview with Gayatri Chakravorty Spivak” by Sara Danius, Stefan Jonsson, and Gayatri Chakravorty Spivak (1993) and the first chapter of Jacques Rancière, The Ignorant Schoolmaster: Five Lessons in Intellectual Emancipation (1991).

Artist and founding member of Read-In Annette Krauss joined us as a special guest. She has been working on questions of un/learning for many years (see the artistic research project with the Casco team Site for Unlearning (Art Organization)).

This session followed the screening of the film The Joycean Society by Dora García (2013). According to Brussels-based production and distribution platform Auguste Orts, “‘The Joycean Society’ tells the story of a group of people who have been reading a book together for thirty years. (…) The text appears inexhaustible, its interpretation endless, the inconclusive nature of the reading exciting.”

This meeting was dedicated to “un/learning” a specific phenomenon: mountains. We were trying to explore the perspectives on mountains along De la Cadena’s notion of divergence which “refers to the coming together of heterogeneous practices that will become other than what they were, while continuing to be the same” (De la Cadena, 2015, 28). We read a selection of Journey to Mount Tamailpais (1986) by poet, essayist and artist Etel Adnan, Michael Mardar’s “On the Mountains, or the Aristocracies of Space” (2012) and a selection of Marisol de la Cadena’s Earth Beings. Ecologies of Practice Across Andean Worlds (2015).  A news item on Mount Taranaki (New Zealand) gaining the same legal rights as a person offered yet another perspective on relating to mountains differently.

Our third session turned to practices of un/learning the everyday phenomenon of ‘waste’. What might we be (un)able to un/learn when it comes to ‘waste’? What are our visible and invisible practices of wasting? How to un/learn ourselves with plastic and other waste – since plastic waste, oil contaminations, nuclear waste are not going to go away. The contaminations are lasting, and commoning in the Anthropocene has to be with them – and yet, hopefully in less destructive, toxic ways. We read a selection of Epistemologies of the South. Justice against Epistemicide by Boaventura de Sousa Santos (2016), a selection of The Winona LaDuke Chronicles. Stories from the Front Lines in the Battle for Environmental Justice by Winona LaDuke (2016), a short piece from Symptoms of the Planetary Condition on “Plastic/ity” by Jennifer Wagner-Lawlor (2017) and a selection of chapters from Wu Ming-Yi’s novel The Man with the Compound Eyes (2011).

In the last meeting in this  series, we turned to “time” itself. In his work on the atomic age, Günther Anders spoke of “a combat at ‘the time of the end’ in order to push back ‘the end of times’ – a political combat for peace” (Danowski/Viveiros de Castro, The Ends of the World, 85). In order to ask how to fabulate and fabricate such a combat for peace and commoning, we might first have to un/learn what time is in the Anthropocene. How can we live time in and out of neoliberal capitalism? Can we modify our habits of time as a line or a clock? At which speeds to move?

Ghassan Hage, Future Generation Professor of Anthropology and Social Theory at the University of Melbourne and currently Distinguished Visiting Professor at the Research Centre for Material Cultures,  joined us as a special guest. He has published widely on the comparative anthropology of racism, nationalism, multiculturalism and migration, and most recently published Is Racism an Environmental Threat? (2017), which is concerned with the intersection between racism and the ecological crisis. 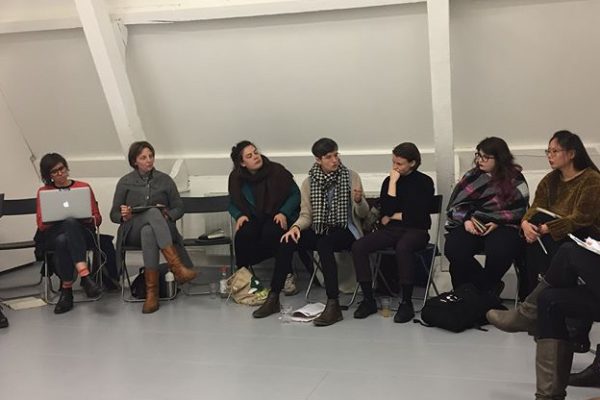 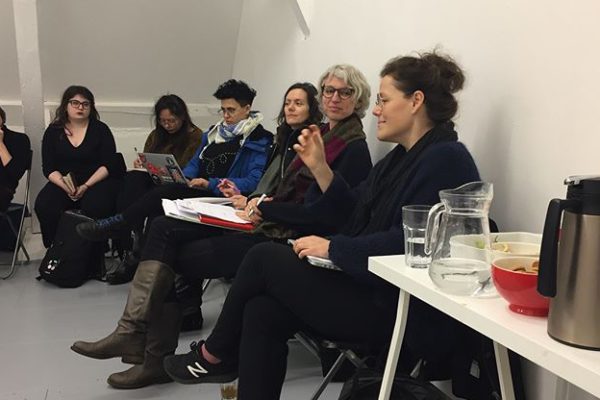 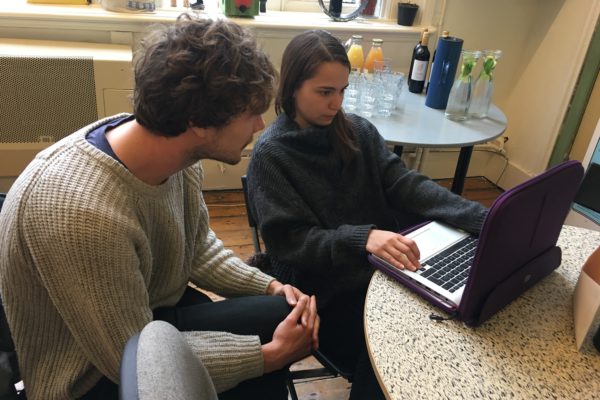 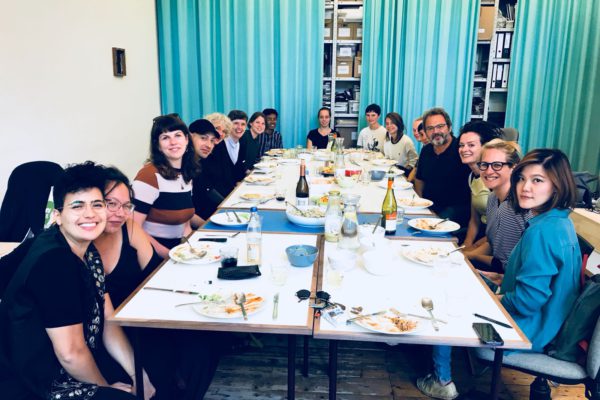 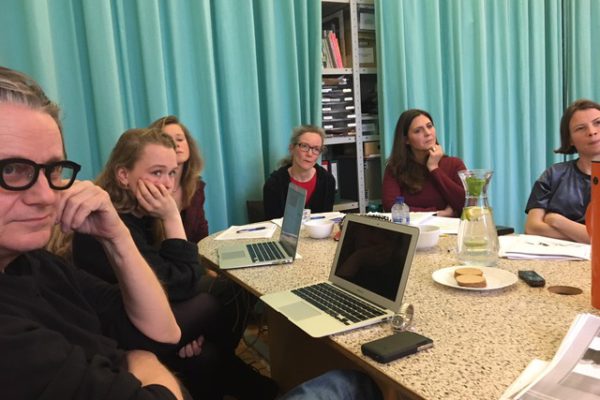 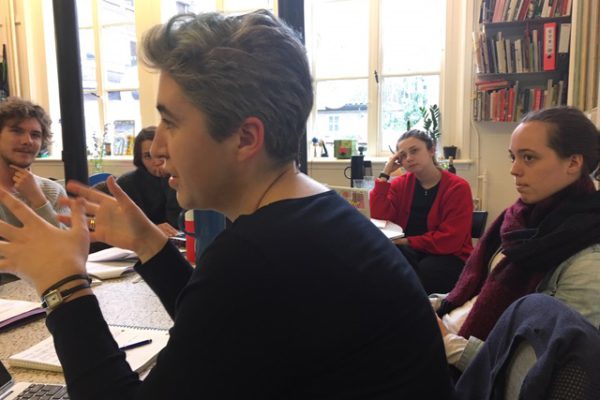 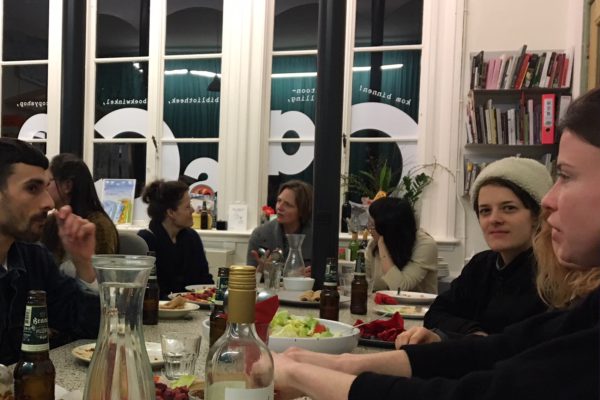 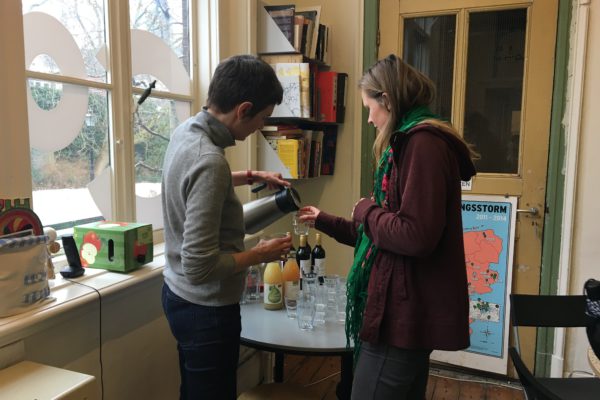 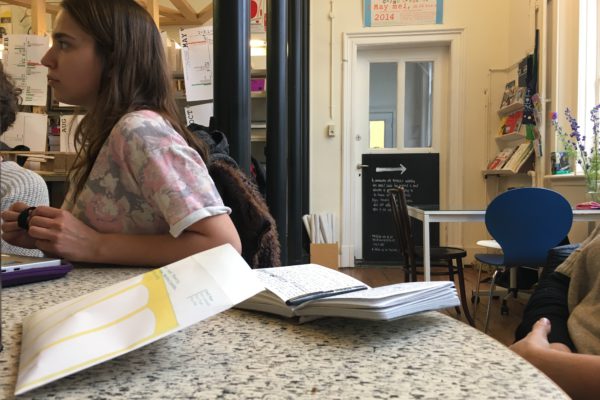 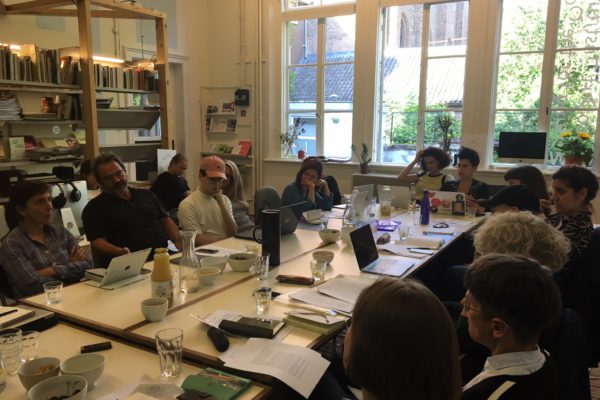 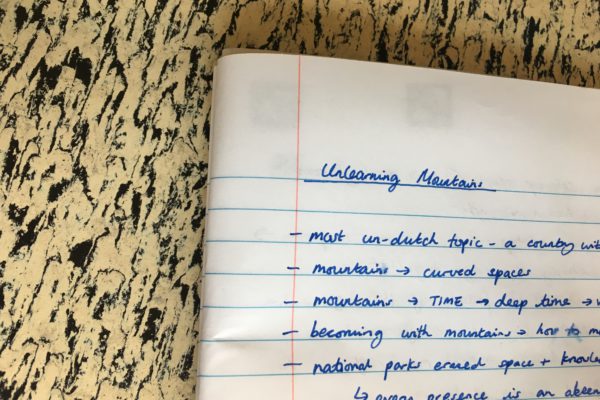